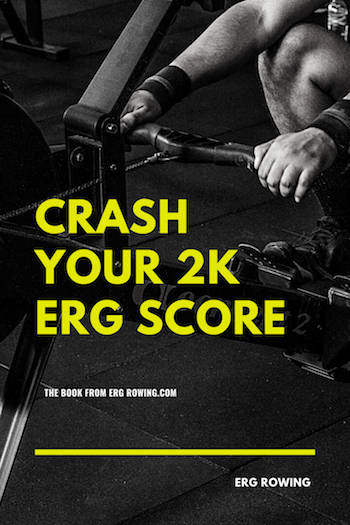 Rowing Seat Racing – Why Rowers Need To Be Vigilant

Whatever the rights or wrongs of selecting a rowing crew with seat racing – if your coach is into it – you must learn how to handle it.

Making sure you do as well as you can in your seat race is all about looking out for yourself. Here are some things you need to watch out for (other than rowing and pulling hard).

#1 Never Hold Back in a Seat Race

Most seat racing in rowing is blind – you never know when you are going to be switched and tested. For that reason you need to make sure you give it everything in each race. Ok, that’s easier said than done, but you’ve prepared long and hard for this, so now is the time to put all of that training to use. And because  you are giving it everything you need to…

#2 Insist on Honesty and Fairness

If you smell a rat (that a rowing rival is trying to screw you)  then you need to speak up. Let your coach know. If it’s a crew fairness issue – tell the rowers that the seat racing is not fair. Let people know you are not happy.

Let them know you are angry.

This is a competitive situation and months (or maybe even years) of hard training and sacrifice are on the line.

For that reason everyone needs to play by the rules. Including:

**If the crew you get switched into were cranking the rate up to 42 for the last 25 strokes – insist that it does the exact same in your seat race. Just because you are winning by a lot of water and rowing well, it should never be a reason to ‘save’ some energy for the next seat trial.

Because you must make as much time as possible in every race.

#3 Never Ever Power Down

Remember if your coach is using a seat racing matrix – every second counts towards your aggregate score. So even when you’re boat is losing you can still gain total time.

Police this yourself. Don’t expect your coach to spot these things. S/he will be busy taking times and watching how well everyone is rowing. So its up to you to ensure that your crew rows as hard (and sticks to the same rating) as all the other seat races you are involved in.

Even half a stroke less per minute for 10 strokes can make a big difference in a short seat race. So the bottom line is to be Vigilant. And if things are not being done fairly – Make it known. To EVERYBODY

#4 Watch out for Mental Weakness

You can mentally prepare for extremely hard rowing races using methods you might not have considered. And while seat racing is like real racing – from a mental point of view, you still need to watch out for mental weakness and tiredness.

It’s ok to wake up with your heart pounding in your chest. Seat races and rowers make for a potent mix of adrenalin and fear.

You can use this to your advantage as long as it doesn’t consume you so much  that you can’t even pull the oar.

While it goes without saying that you should try to instantly gel with the crew you have been switched into – you need to mentally blend also.

Let the crew you join know you are psyched and ready for a fight – Ready to win.

If someone comes into your crew invite them into the fold. Let them know they are welcome and that you are on their side. This is very important for:

Even a few simple reassuring words can make a big difference. Get rowing immediately and tell them that it’s GOOD. Small reassuring gestures like telling them the boat is going well and that it feels like you are going to have a great race can be reassuring for both you the newcomer (not to mention the positive impact it can have on the entire crew).

Make sure you brief (and re-brief) the crew on what the plan is. If it’s a set race plan from your coach –  repeat it. Just so you and the rest of the crew know exactly what’s happening.

Also try to fix something the crew did not do well in the last seat race. Talk it through quickly and sharply. If it’s making the first 10 strokes better – make them better (but stay within your coaches instructions).

How To Make Every Session Count – Why You Should Sprint #2

I got an interesting email the other day from  Mike, shortly after I wrote about the sprint in rowing and why it can give you a competitive edge. He asked why I thought sprinting wouldn’t affect the general purpose of a particular erg workout. And gave an example of a session where you might be rowing long and steady on a lighter day before a harder quality day of erging.

Would sprinting on the lighter day tire you out so that the following day’s quality session would be affected?

He got me thinking.

END_OF_DOCUMENT_TOKEN_TO_BE_REPLACED

Empowering Your Workout – Switching Off The Monitor

Have you ever tried to erg without the monitor? Maybe the batteries were dead or the connection was broken.
Today I did.
And discovered something revealing.

I found an internal power that I had long forgotten was there.

Forced into a gym with bad weather and new year (over)celebrations, I found a shabby, clapped out erg obviously unfamiliar with hardship.

It also had no batteries – which was ok since I didn’t really have a plan in mind.

So I just rowed and rowed.
Staring at the blank monitor.
And occasionally at a spot on the wall.

I didn’t have a watch with me

So I was just me and the machine.
And I got sucked in…

I found a new… END_OF_DOCUMENT_TOKEN_TO_BE_REPLACED

Successful Rowers – 8 Personality Traits You Must Have

“I will NOT give in! – No way…” Even in the face of an earth shattering storm, or a length down with 250 meters to go, or being told to go home – you’re not good enough. This is truly a magnificent  personality trait of all great rowers.

Think of times when you did something extraordinary, a time when you continued on into the storm when those all around you fell away.

You kept going, you persevered through night and day despite people firing negative shots at you from the shadows. You kept going despite them and despite… yourself.

And you got there. You stood on that podium, or on that erg room floor, victorious after a life altering, mentally ravaging battle. And you did not even flinch.

Everyone loves an optimist – especially a realistic optimist. Great rowers have this personality trait in spades.

How many times have you been in a dark situation in your rowing or erging life when you stepped forward and offered yourself a glimmer of hope?

A small, instantly realisable task that you can set to work on and learn to row your way out of darkness. And then you cherish that optimism and nurture it and grow it into something tangible. And you row out into the light.

Do you think about rowing more than 7 times a day? Do you surf the web endlessly searching for new answers to age old rowing problems. Maybe you talk a lot about rowing and your friends do too? That’s ok. You’re probably a rowing obsessive – and that’s exactly what you need to be.

Most of your best ideas and discoveries will come when you occupy at the back of your mind, thoughts of rowing .

Opportunities will arise and new ways of looking at your rowing life will present themselves to you when you are alert and open.

Sports psychologists and self help gurus talk about visualisation. Which is just a fancy way of describing day dreaming.

I bet that you dream from time to time in broad daylight.

From winning the big race next summer to smashing your P.B. at the CRASH B’s to sitting in the stroke seat of the 2016 Olympic winning 8.

We all do it. Or maybe it’s more immediate dreams like pulling a big score on the erg at your next team workout and impressing your coach.

Think about how it will feel when you hit your goal, think of the details – little things like the sounds, smells, environment, the water conditions, air temperature…whatever. If you can dream well then chances are that one day, when your time comes, you’ll take it with both hands.

Most rowers have a degree of honesty about them that’s often difficult to come across in ordinary everyday life. Rowers live in the real world – the world of cold, hard early mornings and heavy training late in the evening.

Rowers live in a world where the old cliché (even though we don’t like it) ‘no pain, no gain’ rings cold, hard and true.

Always has, always will.

Be honest with yourself, in your training, in your racing, in your commitment and in who you are. And you will be rewarded with a great honesty back from rowing.

Everyone knows a rowing nut that just keeps talking that they are going to do this and do that. You know the type – the guys who say they are going to be in the top 8 by next summer. It’s hard not to be sceptical of this kinda talk.

And you know what, every rowing group needs one.

Have you rarely, if ever come across a rower who is not a good judge? Every day rowers must make big calls in the boat, on the erg, and in the gym about themselves and about others.

And when a rower is making those big calls they grow into wise, insightful, wonderful people.

Using intuition, experience, intelligence and reason they become like the Oracle at Delphi – a great symbol of ancient and revered knowledge.

Imagine you had to go into a life and death battle. And you knew that your life depended on the work ethic, intelligence, bravery and trustworthiness of  the people you choose to go with you.

Who would you choose?

If you had to pick 3  – 5 people that you could honestly trust to fight-the-good-fight with, who would those people be?

You would choose the best rowers you know because they are the kind of people who will fight for you and with you right up to the end and beyond.