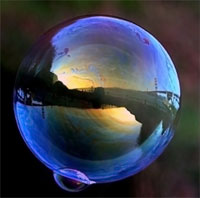 Once upon a time, I was involved in a summer time 2k erg test session with a group of international rowers.

One of my buddyies was testing as part of the final crew selection.

As usual, he began well and was settling down into a great rhythm at with his target power and stroke rate.

It was a good opportunity for us to gather some hardcore data from a series summer 2k erg tests from the group with little or no erging once we began the racing season properly in April.

After about 400 meters something weird started to happen to him. He started to rate higher and higher. But his split stayed the same.

After 600 meters his power started to slowly fail.

And he kept rating higher and higher.

At 500 to go, I don’t think I’ve ever seen a man in such trouble.
He was just fighting, pulling and spinning.
And going nowhere.

This was truly unheard of for this guy.

He eventually finished 6 seconds slower than his PB – when all the other guys on the team were pulling in and around their fastest erg times ever.

He was in a bad way.

What the hell happened?

He didn’t know, he said it just felt really weird. What?
“The resistance – it felt really, really light…”

I checked out the erg he used and saw immediately that the damper setting was rock bottom at level 1. I got on and pulled a couple of strokes and discovered that the drag factor was reading 74.

That’s 60 points below where he normally tested at.

I found that the damper handle was actually loose because it hadn’t been maintained properly. And every stroke he pulled, it slipped down a fraction of an inch. Slipping lower and lower.

As it got lighter and lighter.
He pulled harder and harder. (the handle moved faster and faster)
And rated higher and higher.
Till eventually he couldn’t take it anymore.

At least he finished.

It was a perfect example (at great expense) of the connection between drag factor, speed of the drive and stroke rate.

We learned a new trick that day. We wondered if it could go one way and punish, could it go the other way and reward?
So from then on we erged between 5 and 7 points below our normal 2k erg drag factor setting.
Only on hard training and racing days would we erg at the normal 130.
Did it make a difference?

What You Can Learn.

It’s worth a try. Initially, it will feel light and you will probably have a little trouble in keeping your normal split for a particular rating. Perhaps you could try it in your warm up and move to normal drag factor before you begin the nuts and bolts of your workout. A word of warning – be careful of your back and do not increase the resistance by anything more than you can handle.